The abundance of gorgeous summer fruit available right now is just begging to be used as much as possible.

And with the thermometer reaching 35 degrees today (95°F), I can’t think of anything better than a glass of chilled strawberry kompot (pronounced: com-pot).

But Wait! What Is Kompot Exactly?

Kompot – a traditional Polish drink – is fundamentally a fruit decoction. It’s also popular across Eastern & Central Europe (among our Scandinavian friends as well!).

In summer, kompot served as a cold, refreshing drink. In winter, it’s offered warm – often with some extra spices and dried fruit.

Brewing kompot at home is quick and simple.

How do I know that? Well, I read “Kuchnia Polska”. It’s a 1960’s-70’s Polish cookbook-slash-“recipe bible”.
I followed the instructions from there and was *amazed* by the results!

How To Make Kompot At Home?

Simply boil a large pot of water. In the meantime, wash and pit & peel (if necessary) raw fruit of your choice.

Right now we’re in the middle of the strawberry season in Poland, so I’m going with that. But you could also choose apples, pears, plums, apricots, rhubarb, berries, cherries, currants… options are endless.

Chop larger fruit into pieces and drop them into a boiling water.

Switch heat to medium and cook harder fruit (apples, pears) for around 10 minutes. Softer fruits (berries, currants and such) need 3-4 minutes at most.

The key is to keep their shape in tact, so don’t overcook them.

Fun fact: Don’t make my mistake – kompot drink can be confused with its 300 years younger French sister: compote (a much thicker fruit dessert). While it’s perfect as a sweet treat, compote would be tricky to drink 😂.

From Canteens To The Gourmet Beverage Scene

Kompot was extremely popular until the 80’s. Then it got overturned by dizzy sodas and tetra-packed fruit juices.

Luckily, with a wave of nostalgia and a trend towards healthy living, kompot has returned to the Polish tables. You can still order it in Milk bars, but now it also makes regular appearances in hip bars & restaurants.

Kompot is a wonderful (and much healthier!) alternative to store-bought drinks and juices. Kids love it too, which is a bonus.

Don’t wait, give it a go yourself!

Question Time: What to do with the leftover fruit?
The fruit gets poured into a pitcher together with the liquid. Once you’re done drinking the liquid part, eat the remaining fruit with a fork. That’s a dessert on its own merit! 👍

Save this “Polish Strawberry Kompot” recipe to your “POLISH DRINKS & COCKTAILS” Pinterest board! And let’s be friends on Pinterest! 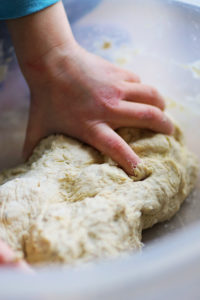 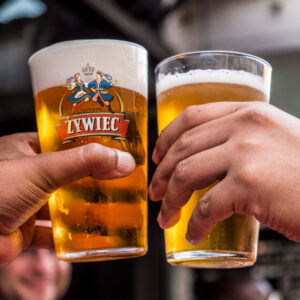 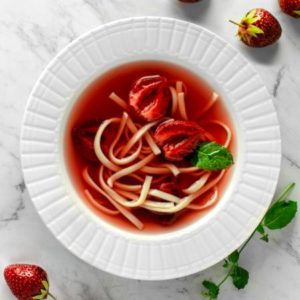 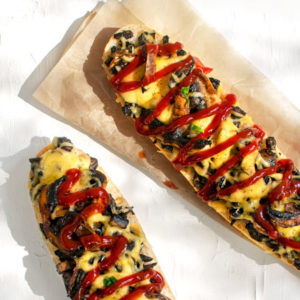