In the Catholic faith, Lent lasts for almost six weeks. It’s a time of spiritual preparation for the upcoming Easter.

Today, religious fasting has more of a symbolic value. Poles no longer practice it the same way as they used to only centuries ago. And believe me – we were good at it.

The practice of old-Polish fast

For centuries, Poland was renowned for our record-long, nearly 200 days-long (sic!) fasts. Lent was only a small slice in the rigid fasting calendar. Kings, noblemen and peasants would all turn pescatarian; shunning not only meat, but also animal products, such as dairy and eggs.

‘Fancy’ spices were key here, a king wouldn’t save his buck on saffron, nutmeg, cinnamon and ginger.

The ‘not-so-rich’ had no choice but rely on cheaper salted herring and dried cod (stockfish / stokfisz). The least fortunate already ate very frugally, I found it surprising that they would follow a strict fast as well. But they did.

Out of limitations comes great creativity

Through the limitations of fasting, Polish court chefs became masters of sweetwater fish dishes. The recipe for “Polish-style northern pike” became a hit across XV-century Europe. It even got introduced into French cookbooks as “brochet à la polonaise”. (source)

Everything that could be preserved for later was smoked, cured or fermented. That’s how our national expertise in fermenting foods was born. Fresh meat was smoked and often turned into sausages, so that they’re still good to eat after Lent.

You may think: Yikes! These Poles were nuts! And to be honest, that was my initial reaction as well. When there’s not much food around, one would think it would be wise to eat whatever is available.

But in fact, this Old-Polish fasting practice isn’t that far from our contemporary diets. After all, there are growing concerns about animal welfare and the environmental impact of animal husbandry. More and more of us choose to reduce, or even completely eliminate meat and dairy from our diet.

Of course, the reasoning here is quite different. Our ancestors were giving up their greatest (often the only one) indulgence. Fasting days were a form of sacrifice, a lesson in gratitude.

For today’s vegans, their diet isn’t a cyclical spiritual practice – it’s a way of life. They find indulgence in their way of eating, without experiencing any lack. Vegans have a mindset of abundance, and not scarcity. (source) For me, it’s a very valuable perspective.

Our Polish culinary traditions are more current now than ever. That’s why this year I’m taking upon myself a challenge of following Lent, in a true Old-Polish fashion (this won’t be a religious experiment though – purely a culinary one).

Forty days full of fish, grains and fermented foods; with no meat or dairy in sight. Quite a feat for a self-proclaimed carnivore, who starts a day with soured milk and devours kabanosy for dessert… especially at this time of the year, when most fruits and vegetables are out of season.

But this is a great, hands-on way to learn about our forefather’s cuisine. I can’t wait to see what we’ll discover together. So skip the “Veganuary” and join the “Big Old-Polish Fast”!

Sorry, all of these sources are in Polish only. Hint, hint, international publishers!

This Lent (from February 17th, until April 3rd), I’m taking you on a time-travelling adventure.

Subscribe to the newsletter (if you haven’t already), and you won’t miss a thing.

I have outlined the meal plan below, including some of the ‘greatest hits’ of the Old-Polish cuisine. I’ll update this post with recipes and articles along the way. 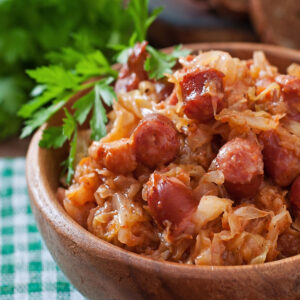 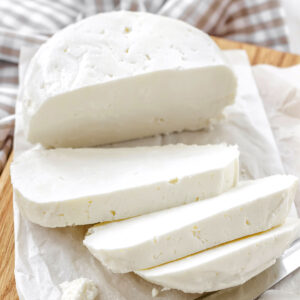 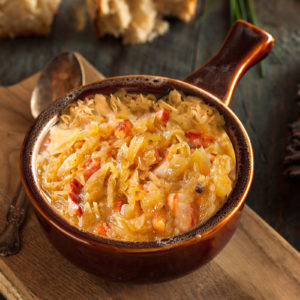 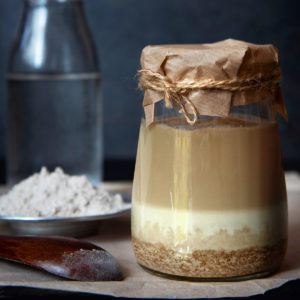 Zakwas: Sour Rye Starter for Żurek (and Other Soups)