I Tried Nearly Every Polish Candy. Here Are the Best of the Best.

Do you need a sweet ‘pick-me-up’ this afternoon? From Krówki Fudge to Prince Polo wafers, these lovely Polish candies make for exciting ways to indulge your sweet tooth.

I’ve compiled a list of the most addicting Polish candy, perfect for entertaining crowds or giving as gifts.

What is it? Ptasie Mleczko® is a soft, foamy mousse covered with chocolate. It’s currently available in many flavours: vanilla (the classic), chocolate, lemon, cream, coconut and tons more.

“In 1936 Jan Wedel [a chocolatier] came back from a trade show, inspired to make a brand new product. The exhibition was in the US, so it’s likely what he saw was the marshmallows: made with egg whites, sugar and corn syrup.

In Poland at that time corn wasn’t as popular, so a potato syrup was used instead. Jan Wedel added Polish butter to the mix and the fluffy foam was made.”  says Janusz Profus, Wedel’s chocolate maestro.

Each foam cube was bathed in the renowned Wedel chocolate, creating a sweet treat we all know and love today.

Ptasie Mleczko® was a 100% unique and innovative product. Unfortunately, when the factory fell under Communist rule, its trademark wasn’t extended. The recipe was then “gifted” [emphasis mine] to another factory in the USSR, which started manufacturing it under the name „ptice malako”.

Since 2014, only Wedel products can trade under the name of “Ptasie Mleczko” in the EU. There are many similar sweets out there, named alike (Milka’s “Alpejskie Mleczko”, Goplana’s “Rajskie Mleczko” etc.), but nothing seems to beat the original.

What is it? Krówki (meaning: “tiny cows”) are a Polish fudge candy, a type of semi-soft milk toffee sweet.

The Story: Krówka (plural: krówki) fudge is probably the best-known Polish candy produced today by dozens (or maybe even hundreds) of companies throughout the country.

The classic Polish fudge was first created by Feliks Pomorski back in 1921. He founded a confectionery factory in Poznań, manufacturing delicious sweets wrapped in packaging with an image of a cow – hence the name. In 1939 Pomorski had to leave his hometown, but he settled in Milanówek near Warsaw soon after. The company still makes candy there to this day.

Krówki-making process is quite simple (well, at least on paper). Fresh whole milk is poured into a boiler, sweet syrup and butter is added and then everything gets boiled. After two hours or so, the fudge mass is poured over special worktops, where it cools and thickens with time.

After a few days of “maturing”, the mass gets cut into small pieces and packed individually into wrappers. It’s best when this process happens by hand – that way the candy stays soft and sticky inside.

Machine-made krówki differ significantly from gourmet fudge candy made by small artisan manufacturers. The former are drier and harder (more like caramel candies). The latter have a crispy exterior, and a soft, stickjawy interior.

Krówki harden with time. So if you like them on the chewier side, check the production date.

What is it? Śliwki w Czekoladzie are a chocolate covered candy with an entire dried plum as a filling.

This iconic Polish speciality has a massive fan base – both at home and abroad. The most popular brand – Śliwka Nałęczowska – is the flagship product of the Solidarność chocolatier, made continuously since 1964.

Since there are many chocolate-covered plum sweets out there, make sure you’re buying the real deal. Some lower-end manufacturers are using prune-flavoured filling rather than the proper dried fruit.

Irysy (meaning: “irises”) candy is produced continuously since the interwar period. Like krówki, they owe their characteristic flavour and brown colour to cooking milk for long periods of time. While irysy belong among the milk fudge family, they’re waaaay more crumbly.

Today, they’re manufactured by Jutrzenka Dobre Miasto and Jedność-Grójec in various flavours, such as cream, cocoa and even poppy seed.

Raczki (meaning: “little crayfish”) are classic caramel candies with chocolate & nut filling and a hint of rum. Back in the day, they were more available than kukułki.

The name comes from their stripey (red & white) shell/exterior, reminiscent of crayfish.

Kukułki (meaning: “cuckoos”) are crispy chocolate caramels with soft cocoa filling and a note of alcohol. The flavour is similar to raczki (minus the nuts), but the look vastly different: kukułki are dark brown with white stripes. Why they are named after cuckoos is a mystery.

Danusia (diminutive form of a name ‘Danuta’) is a chocolate candy bar with semi-liquid filling, consisting of chocolate (again!) and peanuts. It has a noticeable, but not overpowering alcoholic aftertaste.

The origin story of this candy is very romantic. Danusia’s production dates back to the 1920s, when Adam Piasecki (the then owner of the Wawel chocolate factory) fell in love with an employee named Danuta. He came up with the original recipe of a candy bar, and named it after her. He even put her portrait on the packaging!

Michałki or Michaszki (diminutive plural forms of a name ‘Michał’) are my personal favourites! They are rectangular chocolate pralines packed with a softer chocolate filling and roughly chopped peanuts. Popular manufacturers include Wawel, Mieszko and Śnieżka.

Malaga’s history dates back to the late 1960’s. This yummy chocolate praline by Wawel was named after the Spanish sweet wine. The layer of dark chocolate covers a semi-liquid creamy filling, stuffed with ripe raisins.

In the 1970’s, another sweet hit was introduced. Kasztanki (literally: “little chestnuts”) are made of a cocoa cream mixed with crunchy wafer chunks, covered in dark chocolate. The name came from their shape – although to me they appear more shell-like.

The last praline out of the three is named “Tiki Taki”. Its filling has two soft layers: one with peanuts and another with coconuts. All of that sweet goodness is layered with dark chocolate. The name comes from an old-school toy called “klik klak” or “tiki taki”, popular back in the day. You might know this toy as Clackers or Click Clacks.

Mieszanka Wedlowska (“the Wedel’s mix”) is a mix of chocolate-covered candy with a variety of fillings, manufactured by E.Wedel. Concept-wise, it bears resemblance to Mars’s “Celebrations” or Nestlé’s “Quality Street”.

Many Poles (besides the Millennials 😋) still associate Mieszanka with Christmas.

Back in the day, a great deal of workplaces under public ownership (and most of them were) would prepare festive gift bags for all the workers. And inside – there was a pack of Mieszanka Wedlowska.

Sweets would end up hanging on a tree among other decorations (sic!), but most of them would get devoured straight away.
My trick was to secretly eat all the Bajeczny and Pierrot, and then stuff the remaining wrappers with some cotton wool. Imagine my parents disappointment when they fancied some candy off the tree… 😄

Today, Mieszanka Wedlowska can contain for up to 10 different flavours (or more, but that’s how many I have discovered so far):

Prince Polo is one of the oldest Polish wafer brands, manufactured in Cieszyn since 1955. It has a perfect blend of two contrasting flavours: bitter and sweet. Its recipe is so unique, I’m able to recognise Prince Polo even with my eyes closed!

Fun fact: Prince Polo is also a legendary brand in…Iceland. When Iceland’s President Ólafur Ragnar Grímsson came to visit Poland in 1999, he mentioned that an entire generation of Icelanders was raised on two treats: the American Coca-Cola and the Polish Prince Polo.

As you can tell by its royal title, Princessa is an answer to the Prince mentioned above. Formerly manufactured by Goplana confectioneries from Poznań, it’s now a part of Nestlé family.

Princessa is a wafer filled with a variety of flavoured creams, some covered in chocolate. What makes it so special? Novelty flavours, such as brownie, salty caramel, white choc & raspberry and many more.

Grześki is a brand of chocolate coated wafers wrapped in characteristic packaging. Its name comes from the plural diminutive form of a name Grzegorz.

Today, Grześki hold 40% of the Polish wafer market – so they must be doing something right! One of the most popular variety is Grześki “Gofree” with a texture of a Belgian-style waffle.

A classic – its recipe hasn’t changed in over 60 years. Teatralny (literally: “theatrical”) has been produced in “Kopernik” confectionery plant – the same one that manufactures the renowned Toruń gingerbread.

Delicje Szampańskie are a Polish brand of jaffa cakes. They’re circular delicacies made of three components: a sponge base, a dollop of orange jam and a layer of chocolate.

Delicje Szampańskie were first manufactured in E.Wedel factory in 1976 under a British licence. Back in the day (when oranges weren’t widely available), these cakes were a real treat. Even to this day, many people are wrongly convinced that Delicje are a Polish invention.

Pańska Skórka (literally: “the Maiden’s Skin”) is a rectangular, pink-coloured candy. It’s milky in flavour, with an almond and caramel aftertaste. Pańska Skórka tends to be hard like a stone – harder than a nougat.

My advice: if you want to keep your teeth intact, don’t even try to chew it. Put it all in your mouth and keep it there for a bit. After a while, the candy softens and turns into a tasty, fudge-like substance.

Pańska Skórka is sold during various church fairs and (perhaps most of all) by the cemeteries on All Saints’ Day and All Souls’ Day.

The recipe for Pańska Skórka – a typical Varsovian delicacy –  is passed down from generation to generation. Its formula is closely guarded, only a few Varsovians know exactly how it’s made.

Sadly, outside of the month of November, it’s hard to come by.

Sezamki are thin sheets made out of sesame seeds, pressed with honey or sugar. Perfect for snacking on the go. How did they end up in Poland – I have no clue. I tried to track the origins of this sweet treat, but without any luck.

Torcik Wedlowski is a wafer torte with peanut filling in between the layers. Dipped in dark chocolate, it has a rich scent of cocoa.

The top is beautifully decorated and signed in chocolate (sic!) with the name of the company’s founder “E. Wedel”. It’s done by hand, therefore no two tortes are exactly the same. If you would like to buy one with a custom message, you can place an order in one of  Wedel’s ‘Pijalnia Czekolady’ – it will be ready within couple of days.

The smallest Torcik weighs 250 grams (almost 9 ounces). It’s designed for sharing, so don’t be greedy – offer a piece to a friend 😋.

Where Can I Buy These Sweets?

Most of the Polish sweets mentioned above are widely available in Poland – in kiosks, grocery stores and supermarkets.

Abroad, Polish candy can be found in Polish stores and sometimes online as well. In the UK, some of the larger Tesco’s and Sainsbury’s have a “Polish shelf” full of sweet goodies. 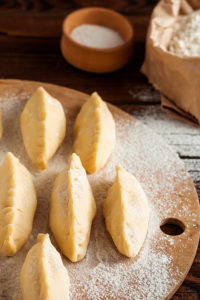 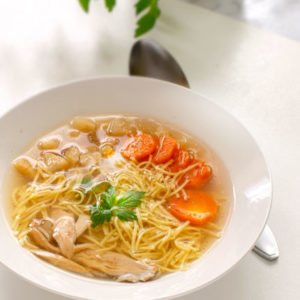 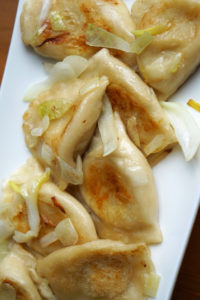 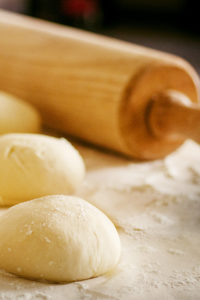