‘Chłodnik litewski’ (pron.: ‘hwoah-dnick leetevski’) – the traditional and refreshing Polish cold soup – is a delicious memory of the warm days of late spring and summer. It’s a promise of relief from the summertime heat, and a promise that’s delivered every time.

This cold beet soup is quite thick, pleasantly sour and 100% cooling. It’s jam-packed with young beets (with their beet greens intact), herbs (dill and parsley), and crunchy chunks of fresh veggies (hello, radishes and cucumbers!).

And there’s no Chłodnik without a boiled egg, halved or quartered, gently floating in the sea of beetroot goodness. It’s such a lovely (and very Polish) combination of flavours.

This is a no-fail recipe, that is impossible to mess up. Go on and try it!

For the full list of ingredients & detailed instructions, please see the recipe card at the end of this post. But before you scroll, there’s important stuff to know below.

‘Chłodnik Litewski’ literally means ‘Lithuanian Cold Soup’. So is it Polish, or Lithuanian?
It is actually… both.

This delightful dish comes from the region of Podlachia. The vicinity of Sejny county still has a large Lithuanian minority. That’s why many of the regional dishes are heavily influenced by the Lithuanian culinary arts.

In may 2016, ‘Chłodnik Litewski’ was listed on the traditional product list of the Ministry of Agriculture and Rural Development, in the voivodeship of Podlachia. (source in Polish)

Do you need any special ingredients or equipment to make this Polish-style Cold Beet Soup?

Yes, some ingredients can be tricky to find, but there are substitutes available.

🥬 Beets: This is a spring-time dish, therefore ideally, try to find young beetroots with the beet greens still attached. Pick the bunch with the nicest, freshest-looking leaves.

If young beets are out of season, you can use regular, leafless beetroots instead. For this recipe, you’ll need roughly 1.3 pounds (600 grams, before peeling) of red beets.

🥛 Soured Milk: You can sour milk at home by yourself (it’s easy, here’s a recipe). Alternatively, swap it for kefir, cultured buttermilk, or (as a last resort) some natural, unsweetened yoghurt. If you know a brand that’s on a more sour side, pick that one.

There are some additional ingredients that are totally optional – they’re just serving suggestions:

Equipment-wise, it would be useful to have a casserole dish with a lid. If you don’t have one, don’t worry – a regular baking tray and some aluminum foil will do the trick.

I would also recommend wearing some gloves when handling beetroots, they tend to stain the skin quite heavily.

How should you serve this Cold Beet Soup?

Traditionally, Beet Chłodnik is garnished with boiled eggs, either halved or quartered. Other popular toppings include:

What should you serve with Chłodnik soup?

This Cold Beet Soup is usually served on its own, as a complete dish: for a light, summer-time lunch.

Can you make this Cold Beet Soup another way?

In this recipe, we’re oven-baking the beets until soft. Why not boiling? That’s because cooking in water washes off a lot of the nutrients, and kills off some of the flavour.

Baking makes the most of beetroots, it turns them delightfully sweet.

Other recipes for this soup advise to cook the beets in water or stock (traditionally, either veal or chicken). That concoction is then used in the soup itself. You could try that approach, but be mindful that the end result will be less concentrated, more watery.

What diets is this Beet Chłodnik Soup suitable for?

This recipe is gluten-free (as long as you won’t garnish it with croutons). It’s also low-carb and keto friendly.

If you skip the optional roast meat and crayfish tails, this recipe becomes suitable for a vegetarian diet.

How long can you keep this Cold Beet Soup in the fridge?

This chłodnik can be stored in the refrigerator for up to 5 days. In fact, it’s even tastier the next day, when all the flavours get a chance to blend and develop together.

Make sure that the soup is refrigerated in a covered container (that can be a cooking pot with a lid).

A word of warning though: if you’re planning to store it for more than 2 days, avoid adding any fresh herbs to the soup while you make it. They seem to speed up the souring process, the soup spoils quicker. Instead, add fresh herbs just before serving.

Can I freeze this Cold Beet Soup?

I don’t recommend freezing this recipe. I made a few attempts and sadly, none of them were quite successful.

Save this “Polish Cold Beet Soup (Chłodnik Litewski)” recipe to your “POLISH SOUPS” Pinterest board!
And let’s be friends on Pinterest! 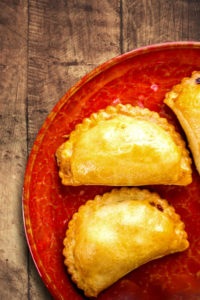 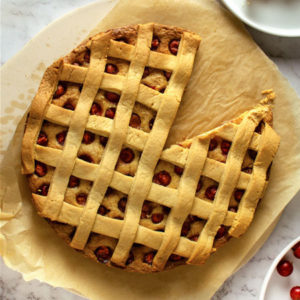 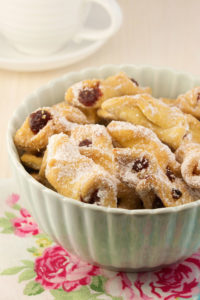 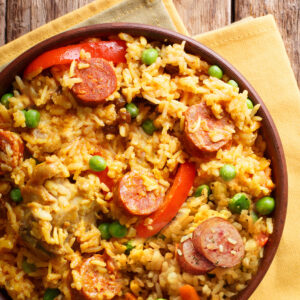