Krupnik (pronounced: croop-nick) is a traditional Polish soup with barley, potatoes and carrots, cooked on a meat and vegetable broth. Krupnik’s irresistibility comes from its sticky texture, owed to a slowly cooked barley.

Krupnik’s flavours depend heavily on the type of meat used as a base for the broth.

Choosing the Best Meat for Krupnik

For those you love their krupnik as sticky as possible, it’s a good idea to use a pork knuckle (which can be later used for a second course). Fans of lighter, more delicate soups can prepare it on poultry (wings, gizzards) or a veal brisket.

But there is no need to go to fancy. Krupnik can also be brewed on ribs, chicken carcasses or bones. And that’s what I’m going for this time – a classic pork rib, with a random chicken wing dropped in 😉

Fun fact: Krupnik’s name comes from a word krupy (croo-pyh) which is an old term to describe grains that were greased and polished, keeping its natural shape. [source]

While medium-ground barley grits are the most popular choice, I’ve tried krupnik before with thicker/larger alternatives. But while hulled barley (kasza pęczak) tastes great, it’s a bit too chunky for my liking.

In addition to grains and meats, krupnik should be literally stuffed with vegetables. Of course we’ll need some carrots 🥕: grated, chopped or cubed. Just don’t go overboard with these orange roots, because krupnik may get overly sweet.

Another key veg is onion 🧅. Just like when cooking rosół, you can charr it first – it elevates the flavours. If you can’t stand the onions, they can be replaced with diced leeks. Can’t decide between them? Just add both! It’s also worth adding some parsley root (grated or finely chopped).

If you’re feeling lazy (hey, that’s okay! I’ve been there too) use a frozen veggie mix. Herb-wise, opt-in for parsley, dill or lovage leaves.

Some drop in a few dried wild mushrooms into krupnik, others add cream. Both are totally optional. You’ll have to try different variants to find your favorite type of meat and add-ons that will define the final taste.

So How Did It Go?

My Attempt at Cooking a Classic

Sadly, all my cookbooks are temporarily stored away and I cannot get to them. I headed online in search for a recipe that was a) classic, without any twists and b) easy enough for me to follow.

And I’m going to be honest – it proved harder than I thought. One (sic!) carrot for 4 litres (roughly 1 gallon) of water? That just sounded wrong to me. Then again – what do I know…

In the end, I picked a recipe by a popular Polish chef Karol Okrasa (you can find it in Polish over here) and decided on adding more vegetables than specified. I’ve also dropped in two extra wings.

Adapted from a recipe by Karol Okrasa.

Save this “Krupnik: Polish Barley Soup” recipe to your “POLISH SOUPS” Pinterest board!
And let’s be friends on Pinterest! 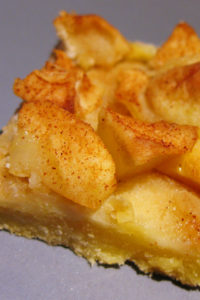 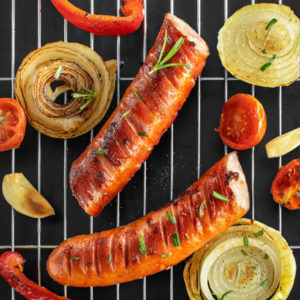 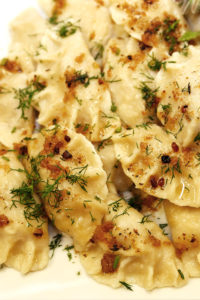 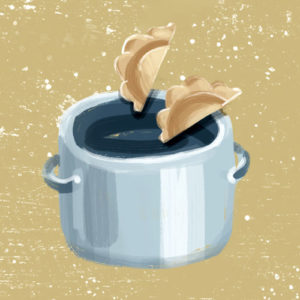 How to Cook Pierogi [Fresh and Frozen]