When shopping for strawberries yesterday (they’re finally here!) I looked around the produce stall to see what’s new and in season.

There’s a great looking rhubarb – I made a quick mental note to came back for it soon – and… a beautiful voluminous bunches of fresh sorrel leaves.

There was no way I could leave them behind. I bought two “bouquets” without hesitation (or plan on what to do with them 😋).

I knew at the back of my mind that I have definitely tried sorrel in the past. Maybe as a soup in a school canteen? Or in a restaurant? It must have been a really long time ago, because I couldn’t recall its flavour.

The sorrel simply wasn’t an ingredient used in my family’s dinner repertoire. Being a city kid, I didn’t venture out to the fields much – so these spear-shaped leaves weren’t familiar to me.

All I remembered was that their flavour is on a controversial side. They’re one of those things that people either love or hate.

Looking For a Perfect Recipe

Back at home, I scanned my cookbook collection in search of an inspiration.

Having decided on brewing Szczawiowa – a Polish classic sorrel soup – I wanted to compare various recipes:

In the end, I’ve selected a classic recipe by Hanna Szymanderska – have a look at the bottom of the post for more details.

Being my usual rebellious-self, I altered the original method just a tiny-bit:

According to my taste-buds, this Polish-style Szczawiowa is a quintessence of spring. It tastes fresh and tangy. I’m amazed that these innocent-looking, frilly leaves are in fact jam-packed with flavour!

Interesting fact: The oxalic acid present in sorrel makes the soup taste sour, but a touch of cream balances the flavours nicely.

If this green broth was thicker, I reckon it would make a great sauce or a pesto – perhaps for a fish dish? I’ll need to give it a try.

How To Serve It?

Literature mentions it can be served both hot and cold, but I would recommend the former. I didn’t enjoy it as much when it was chilled.

In Poland, the sorrel soup is traditionally served with:

Alternatively, you could try these garnishes (I shamelessly stole these ideas from menus of trendy restaurants):

Sadly, the sorrel season is short, so enjoy it while it’s still around. I’m planning on freezing some (or perhaps storing it in a jar?) to use in the winder. I’ll let you know how it goes.

Save this “Polish Sorrel Soup with Boiled Egg” recipe to your “POLISH SOUPS” Pinterest board! And let’s be friends on Pinterest! 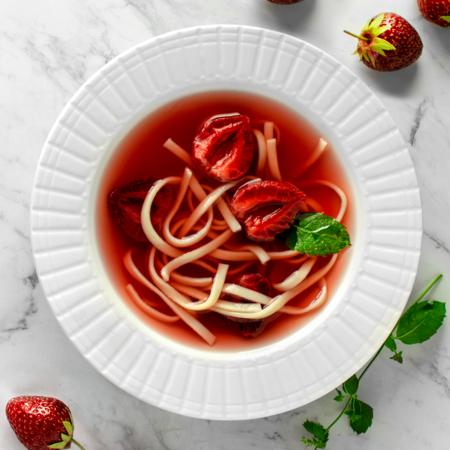 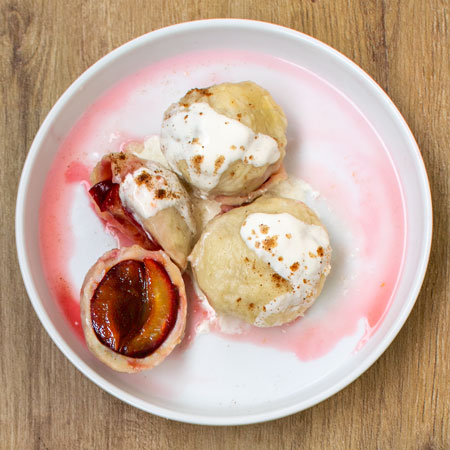 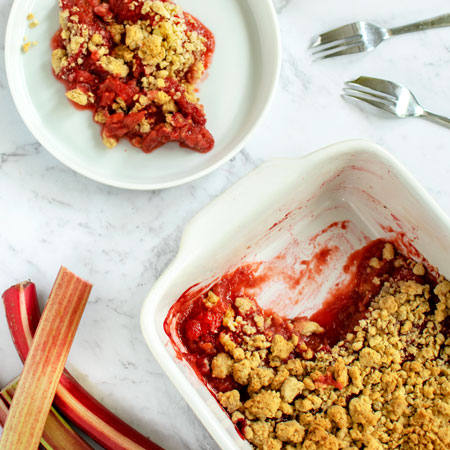