Just so we’re clear – I’m no vodka expert (which is a shame), but some might claim that being Polish gives me a certain advantage…

Therefore I read, listened and empirically tested them (undoubtedly the best part!)… All of this pleasant research has successfully filled the gaps in my “spiritual”? education.

I’m hoping to round up every last bit for an epic guide to all things “wódka”.

I used to cringe every time I heard that phrase. There is so much more Poland has to offer, and yet somehow most of it goes unnoticed… What if vodka’s international popularity reinforces the negative stereotypes about who we are?

On the other hand – Scottish boast about their whisky, French are proud of their Cognac & champagnes. Perhaps there is no reason to feel uneasy about this issue and simply admit that…
Yes indeed! Polish vodkas are the best! (Polish beers are awesome too, but that’s a topic for another day).

If you would like to get more technical know-how on how Polish vodka is made, check out this article by the Polish Vodka Museum. Or better yet – come over to Warsaw and pay a visit!

Okay, But Then What Actually Qualifies as “Polish Vodka”?

For the beverage to earn the privilege to call itself a “Polish Vodka”, it must be distilled from Polish-grown potatoes or grains (rye, wheat, oats, triticale or barley).

Many flagship brands are now owned by foreign companies, but their ownership is not relevant – the traditional recipes, production and ingredients remain Polish.

Straight Up or Mixed?

Traditionally, vodka was served without being chilled and without any add-ons such as water, ice or any other mixer.

Our ancestors were correct. To fully appreciate vodka, it should be tasted like whisky – at room temperature, with a little water or on ice. That way it will reveal its full smell, taste and finish. When frozen, all spirits taste similar or even the same.

Today, we drink it mostly chilled (“up / straight up”) or in mixed drinks / cocktails.

But wait, there’s more: Some vodkas are flavoured!

Confused? Well, most vodkas are unflavoured. Flavoured ones are based on the same principles, but they’re enriched with spices or herbal and fruity aromas. More about them below.

Rye vodka is the richest and the most intense when it comes to taste and the aroma. It has nutty notes and an intense and long finish. Wheat vodkas are generally smoother.

Award-winning Wyborowa is probably the most popular Polish vodka in the world. It is not surprising that it’s also one of the most-picked vodkas for weddings in Poland.

The flagship bottle is produced from Polish rye (although the range has expanded into potato and wheat varieties, as you’ll see below).
Flavour-wise, Wyborowa is not the mildest of vodkas in the market, but fortunately it’s well balanced.
You can’t go wrong with Wyborowa. Excellent value for money.

Chopin is one of the most recognisable luxury vodkas not only in Poland, but also in the world. It’s one of a few brands of Polish vodka that are still within Polish ownership.

The characteristic apple note (and yet apples weren’t used at all!) and slightly creamy consistency distinguish it from other spirits.
A bit pricey, but worth it.

Distilled From: Rye and Wheat respectively.
Price: $$ (approx 60pln/0.5l in Poland)
Where It’s Made: Siedlce, Poland

Belvedere (together with Chopin mentioned above) has established the whole luxury vodka category. First introduced to the US in 1996, it took the States by storm.

Belvedere meaning “beautiful to see” is the name of the historic Presidential Palace in Warsaw, Poland. A fitting name for a premium spirit, right?

Quadruple-distilled, crafted using superior grade Polish rye – it will take your cocktails up a notch when using it as your base.

It’s worth noting that Belvedere is more popular choice abroad than it is in the motherland. Partially due to a higher price-point, but also because we’re spoilt with choice here in Poland.

Distilled From: Rye
Price: $$$
Where It’s Made: Żyrardów, Poland

Another Polish vodka with more glory abroad than at home.
Sobieski Vodka (named after a king Jan III Sobieski) is one of the most recognisable spirit brands internationally. Who doesn’t remember old ads with Bruce Willis and placing the Sobieski brand in his movies?

Distilled From: Rye
Price: $
Where It’s Made: Starogard Gdański, Poland

Potato vodka is milder and more neutral in taste, making it perfect for cocktails and mixers. Experts claim that potato vodka feels more “dense”, giving a bit heavier mouthfeel than the grain counterparts.
It’s worth noting that potato vodkas are gluten free!

The name says it all: “luxurious”! Luksusowa is a creamy triple-distilled potato vodka, one of the oldest brands in Poland.
Luksusowa isn’t made from just any old spuds – the potatoes are carefully selected to achieve the best flavours.

Smooth, rich and high-quality. A world’s bestseller, give it a go!

Chopin 100% potato vodka is made from potatoes sourced locally in Podlasie, within 25 miles/40 km of the distillery. They get cooked whole, together with their skins. Apparently it takes 11 pounds (5 kilograms) of these starchy veggies to make each bottle!

Chopin gets distilled four times to enhance clarity and purity. If you would like to see for yourself how it’s done, check out this video:

Distilled From: Potatoes
Price: $$$
Where It’s Made: Siedlce, Poland

Other popular bottles (notice that not all are available with international distribution):

I’ve been always been secretly envious of people who enjoy plain, unflavoured vodka, all on their lonesome. Perhaps my palette hasn’t fully developed yet…

If you’re like me and you’re more into aroma-packed drinks, try wódka smakowa (flavoured vodka) or nalewka (aged & produced by infusion rather than distillation; more on that another time).

While some might argue, that all vodkas taste the same, (not true, but whatever) there is no other vodka that tastes like Żubrówka.

The rye-based distillate is flavoured with bison grass which grows in Białowieża forest. It tastes great when served on its own, but it’s even better in mixers. Żubrówka plus apple juice make the most amazing combo we call “szarlotka” (yes, just like the apple pie).

Curious to learn more about Żubrówka? Have a look at this in-depth Eater article. I love how they called it “the only bartender-approved “flavoured” vodka. :) A must-try!

Distilled From: Rye.
Price: $ (approx 26pln/0.5l in Poland)
Where It’s Made: Białystok, Poland

Żołądkowa Gorzka owes its bitter-sweet taste to a combination of bitter orange, caramel and herbs. It’s produced in the traditional way of making it through the filling and maceration. The name can be translated as “bitter vodka for the stomach”.
The formula was inspired by a recipe from XIX century, found in “Kalendarz Lubelski” (“Lublin Calendar”).

A few years ago the brand lost its right to call itself wódka, as the alcohol content went down slightly. Don’t let that deter you, give it a try.

Other popular brands (notice, that the alcohol content is often lowered to 32-36%, therefore technically they aren’t vodkas) :

It’s worth noting that many of the vodka brands above also offer a non-flavoured options, but they don’t seem to be as popular.

So, Which One to Choose?

If you live in Poland (or even just visit), I would encourage you to try local vodkas that have limited availability elsewhere. Otherwise, Wyborowa or Luksusowa are always a safe bet. If you can splash out a bit, personally I would go for Chopin. 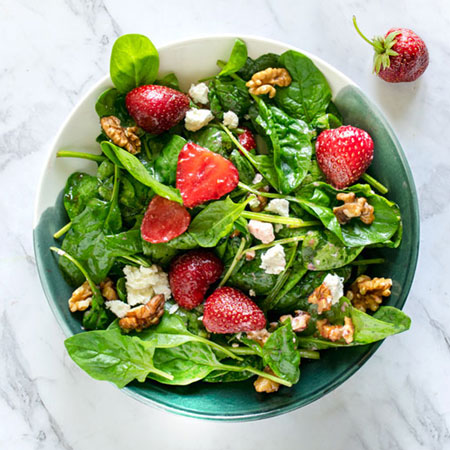 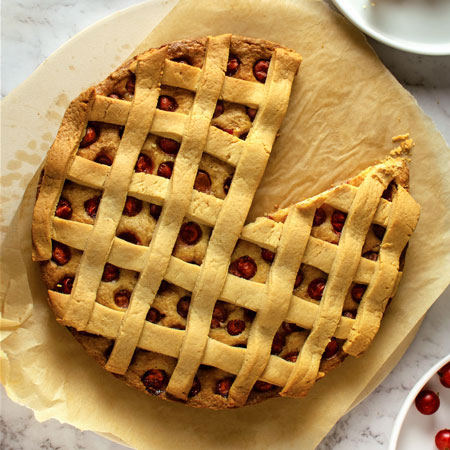 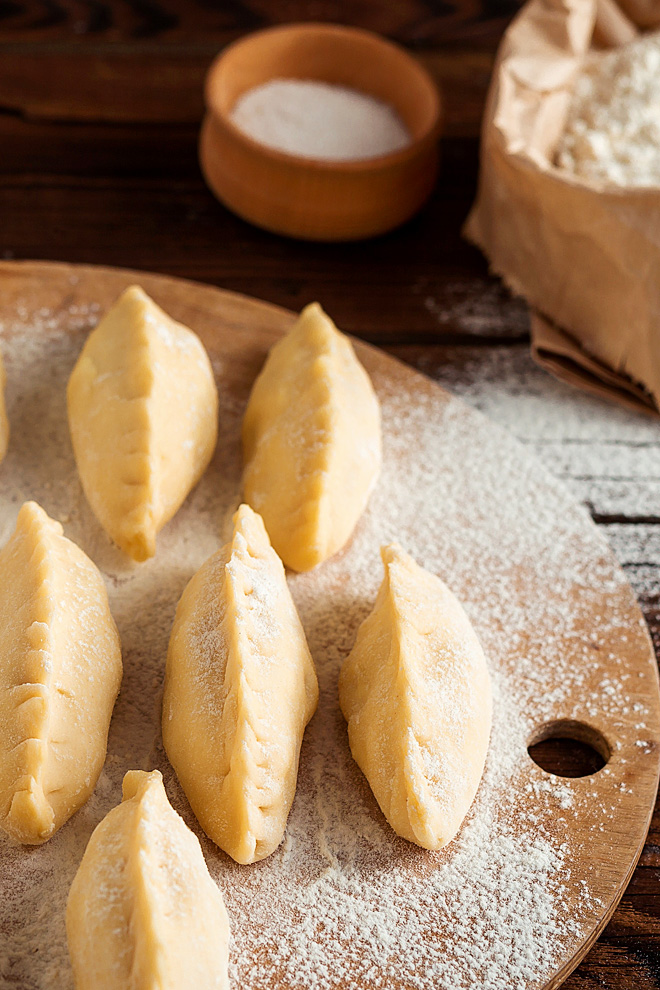