It’s no secret that Poles (just like our German and Czech neighbours) love beer. Some 39% of those who drink alcohol name beer as their preferred beverage, while only 25% opt for wine (according to a CBOS 2019 poll).

As a fan of good, high quality food, I should probably hate these mass-produced beers. But frankly, they don’t bother me at all. Mainstream domestic beers are widely available and more importantly – affordable.

Yes, most of them (with occasional exceptions) are kinda meh* and can’t compare to an artisan brew crafted with love and care. But let’s be honest – they’re inoffensive enough that you can grab a few cases and have a decent barbeque outdoors with a bunch of friends, without anyone complaining too much or putting you too far out of pocket.

* I think I just ruined my chances for any beer brand sponsorship – like, ever… 🤣

Related post: Are you interested in Polish alcoholic beverages? Check out the Beginner’s Guide to Polish vodka!

A Brief History of Polish Beer

The history of Polish beer is as old as Poland herself. In fact, it was present in these lands much earlier than the Slavs themselves. Polish word for beer – ‘piwo’ is derived from the pre-Slavic word ‘pivo’ simply meaning: a drink.

Beer accompanied both kings and nobles, as well as townspeople and the peasantry, as something that cannot be refused after hard work or in the heat.

It is claimed that even king Bolesław I the Brave himself was a great beer lover. How strange nobody used his name in their brand…

The Rise of Big Brands

Brew making thrived throughout the ages, up until the two World Wars.

The industry came back to its full swing in the 1990s, when breweries (previously nationalized during communism) began to be privatised.

The development of the free market economy has led to the interest in the Polish brewing market. The world’s largest brewing groups saw the potential profits and wanted “in”.

On the one hand, this led to the collapse of many small and medium breweries, but also to the consolidation and development of the largest ones.

As a look at this list will reveal, the majority of the country’s best-selling brands are produced by just three internationally-owned companies: Kompania Piwowarska, Grupa Żywiec and Carlsberg Poland.

It’s also obvious from this ranking that we love a pale, mild lager. Roughly 70% of all the brews sold fall under that category, including the top three best-sellers.

Formerly known as Dojlidy, a beer named after the brewery with over 250 years of history.

Żubr beer – launched in 2003 – was named after our national symbol: a majestic European Bison. Thanks to effective marketing and a very low price point, Żubr is the most popular brand with a whopping 13.5% market share (source).
Light, non-offensive flavour.

A long time market leader, only recently dropped to the second place, giving in to a cheaper Żubr.  The brand’s name comes from Silesian town of Tychy. The brewery operates since 1613 (most likely even earlier than that!).
Tyskie is one of those easy-drinking beers, it’s light and refreshing.

Lech Premium is one of Kompania Piwowarska’s leading brands that has been on the market since the early 1980s. The name “Lech” was supposed to refer to the beginnings of the Kingdom of Poland. Early labels featured the Piast noble with thick hair and impressive mustache, raising a beer stain.

Today you’ll find it in a distinctive green bottle. The beer itself is a pale lager in style, mild and easily drinkable.

Grupa Żywiec, associated with the Dutch Heineken, is the second beer producer in Poland in terms of market share. In 2017, the company had 27.4 percent market share. The most popular beer brands it produces are: Tatra (5.3% of market share in 2016) and Żywiec (5%).

Żywiec is one of the most recognizable Polish beer brands internationally. The brewery was founded in 1856. Thanks to the heroism of his employees, it avoided destruction and produced beer almost continuously – both during World War II and the German occupation – as well as later on.

In the 1950s, the label was altered to draw the attention of American Polonia (Polish diaspora in the US), with references to folklore and regional traditions. In Grupa Żywiec, almost every other litre of beer is exported abroad.

In order to keep up with the latest trends and raising popularity of craft beers, the Żywiec range has expanded tremendously. The classic pale larger is still inexpensive, but the specialty brews are a little bit pricier.

Inexpensive mass-brand. Tatra Jasne Pełne is a classic lager. Tatra Mocne has a higher alcohol content and more pronounced bitterness. You’ll find the brand by characteristic logo with a portrait of a Góral – Polish highlander. My advice: nothing special, skip it.

A fairly basic and light Polish lager. Brewed in one of the oldest breweries in Poland. Subtle flavour, not overly bitter. Patriotic white & red design.

In 2017 Carlsberg Polska had 17.5 percent market share by volume. Their most popular brand is Harnaś (7.5% of the market) – a low-priced value lager.

Harnaś character is modeled on the title character of the iconic 1970’s TV series “Janosik”. The show is set in the early 19th century, where Janosik is the leader of a group of highlanders who helped the poor and fought the invaders (think – Polish Robin Hood).

Harnaś is quite a young brand (only 15 years old), but from a well established brewery. It’s refreshing, cheap & cheerful.

Okocim Brewery was founded in Brzesko in 1845. Before World War II Okocim beer was already a popular brand.

After the war, the brewery was nationalized. During the communism Okocim was one of the only two breweries (next to Żywiec) which were allowed to export their products. In the 90’s, the brewery was privatised again. In 2004, Carlsberg took full control over the brewery.

The flagship bottle – Okocim Jasne Okocimskie – is crisp and refreshing. The rest of the range is slightly pricier, but worth a try.

Van Pur was set up in 1989 and today it operates 5 breweries across Poland.
Van Pur is also brewing private label beers for the largest European chains, so it’s quite possible that you tried their beers already without even knowing it.


A popular brand of light Polish lager. It’s not overly bitter, making it the perfect approachable choice.
The oldest variation of the brand is Łomża Wyborowe, formerly Łomżyńskie Wyborowe, brewed since the beginning of the brewery’s existence, i.e. since 1968.

Perła – Browary Lubelskie is a brewery group located in Lublin. Two of their breweries (Lublin and Zwierzyniec locations) were founded in XIX century by the Vetter family.

Named after a pre-war beer brand “Perełka” (here’s a scan of a newspaper ad from 1924).
Very decent, affordable beer. The label has a classic design, featuring Lublin’s green & red coat of arms with a white buck.

So you’re not that into these popular, mild-flavoured lagers? Frankly – me too. That’s why I would like to mention two very unique brews – or rather – beer styles. They aren’t national best-sellers, but they’re popular locally (in their regions) and among beer enthusiasts.

Grodziskie and Porter Bałtycki are Polish to the core. Today, craft breweries from around the world borrow these Polish techniques to brew their own versions. Here’s a short introduction to these styles:

Grodziskie is a distinctive, historical Polish-style of beer. It’s a golden, low-gravity wheat ale with a smoky oak aroma. It was born in Grodzisk, a city in the region of Wielkopolska (Greater Poland), were it was brewed for centuries and eventually exported internationally. Grodziskie is nicknamed the “Polish champagne” and rightly so – it’s carbonated!
Here’s a link to a list of all Grodziskie-style beers.

Nicknamed “Polish black gold”, the Baltic Porter is a beer style characteristic of our country. The oldest Polish recipe comes from 1881 and was used in the Archduke Brewery in Żywiec.
It’s strong (%-wise) and has smoky, caramelly vibes. Baltic Porter is one of a very few beers that it gains over time. It resembles good wine: the older it is, the better.

The Rise of Polish Craft Beers

The beer market is changing. Being more conscious consumers, we pay attention not only to taste, but also to other things – such as locality, brewing methods and uniqueness.

Today, there are thousands craft beer premieres every year (2457 new beers in 2018 alone), their market share is growing, but is still relatively small. With higher quality comes a higher price, and many consumers are not ready to pay more at this point.

There are so many craft breweries, I won’t be able to list them all, but here’s a few of them off top of my head (in no particular order):
Pinta, Czarna Owca, Browar Stu Mostów, Perun, Maryensztadt, Artezan, Hoplala.

How to Pick the Best Beer To Try

My advice when picking a Polish beer would depend on where you are right now.

Are you visiting Poland? If so:

Do you live abroad and looking to try a Polish beer? 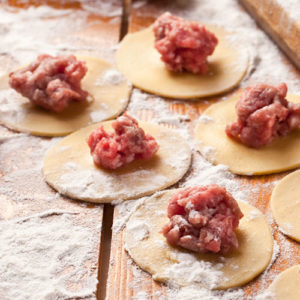 The 13 Pierogi Fillings Anyone (Yes, You Too!) Can Make at Home 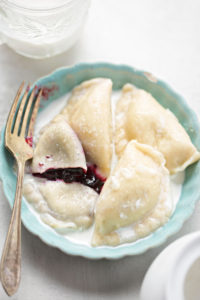 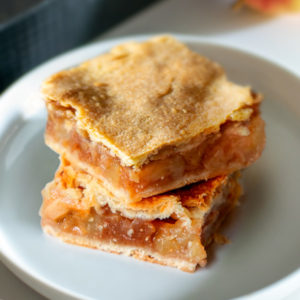 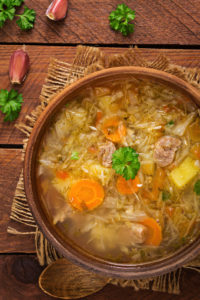